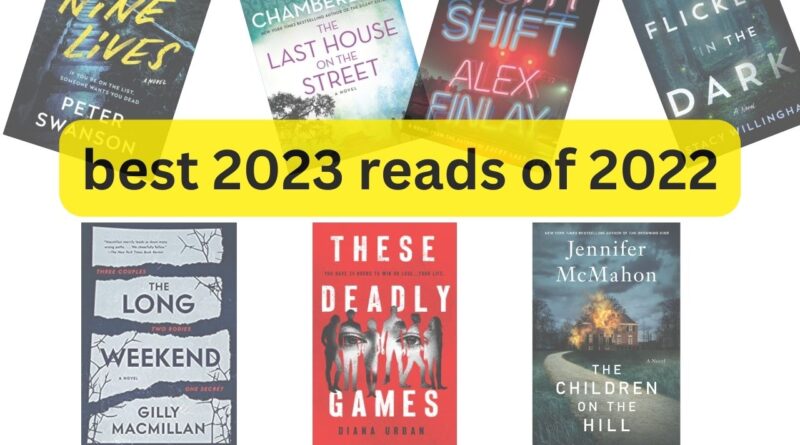 Hello friends you are in the right blog post if you are searching for the best mystery thriller books that are released in 2022 but you couldn’t get these books in your reading list. As we all know that every year a lot of books are released some are hit and some are flops every hit book will be read by most readers but some books will underperform and not make any hype among the readers these are totally worth one time read and showcase their amazing storyline.

We find those underperforming books and help the readers to get these books to find a new storyline that is totally on another level. just check out these books and thank us later…

These Deadly games by Diana Urban:

Diana Urban’s contemporary mystery thriller these deadly games is a perfect book for your one-day read. The book published in Feb 2022 can not get a good result but we think this is the book you should read.

the reason behind for recommendation is this is truly entertaining yes, you have 24 hours to win the game. If you break the rules of the game then you will die and if you are scared and want to tell to your parents about the game then you also die.

The story starts when crystal Donavan received a message from a mysterious app that she download on her mobile phone. At first, she thinks this a usual game of playing a kidnapper role and stealing money and making false prank calls to hostage parents but after some time this thing going to be serious.

A flicker in the dark by Stacy Willingham:

This book is nominated for the GoodReads choice award in the category of best mystery thriller of 2022 and the best debut novel of 2022. When this book was released in 2022 first it can’t get a great response but when the readers read this book they are shocked by the mysteries folded into the storyline. Due to mouth to mouth marketing this book is the best reader in the month of Jan. Most of the influencers promote this book on their social handles and gain a lot of attention from other readers that not exactly thinking to read this book.

This is the story of Chloe Davis and six teenage girls who are missing from a Louisiana town. Chloe’s father had been arrested as a serial killer and put in prison. After 20 years Chloe becomes Psychologist. After this, you should read this book to open up the mysteries related to those missing girls.

The Long Weekend by Gilly Macmillan:

This Novel is the perfect mixture of mystery thriller and suspense storyline. As You start reading this book you actually find a truly thriller characteristic lineup in which three couples are set to go on a long weekend. Their wives Emily, Ruth, and Jayne waiting for their husbands alone at the remote isolated Northumbrian farm. Things are changes when their husbands arrive and get a gift in which a suspicious warning is written that claims one of their husbands will be murdered. This shocking letter ruined their long weekend. In the Novel you will find Is their husbands are really in danger situation. If any of them are in danger then which one?

Just relax and add this book to your reading list and get the answer.

The Night Shift by Alex Finaly:

Alex Finlay’s The Night Shift is the best thing we have read last year. This book creates a separate fanbase for Alex Finlay. The right Shift perfectly balanced between serial killer/ geeky mystery story that attracts the reader’s heart and mind. Alex develops characters that are complex and honest in nature as well as deeply layered with the suspenseful storyline.

When you start reading this book you will remain not remain in one spot your mind continuously waiting for the next page to engage with hooks that force you to devour pages faster to reach a point where this mystery will be revealed, There are so many twists and turns that you actually bound you with this book and attracts your attention is this will happen and that secret reveal hit you hard and helps you to end this book in one go.

The Children On the Hill by Jennifer MacMohan:

The story of the Novel started in the past 1978, with two siblings Vi ad Eric living with their grandmother on the hill. Vi and Eric love Monsters and read every book that related to monsters and watch every movie that perfectly displays monster characters. Their Grandmother is a doctor in the hospital that is located on the hill and their grandchildren know that she is a psychiatrist and helps patients who have mental problems. The story starts when their grandmother brings home a girl the same age as VI. Two siblings invite her to join their monster group but those children do not know that she is suffering from major mental trauma. As the story picks up pace things go to worse and reveal suspenseful facts that you couldn’t think will happen.

The Last House on the street by Diane Chamberlain:

There are dual timelines in this book. The first is set in 2010 and the next phase goes back to 1965. The Scope project most of us will know about but when you start reading this you will learn a lot about it. The Story Starts in 2010, Kayla is at work her senior told her she has an 11 O’clock appointment with a lady named Ann Smith. Things change when she realized that this appointment is not on her calendar but somehow she manages and tells her to send the lady to her cabin.

Lady names Ann smith looks like in her 60’s wearing sunglasses and red lipstick. Kayla introduces herself and ask for work. She describes how she wanted to change the design of her house because she lost her husband and want a fresh start Same thing happened with Kayla her husband also died. She describes her story to Kayla and the story got a typically mysterious way in the 90s.

Story Based on Nine Peoples that received nine names list. In the mail they just received only names including their one also no other information will be disclosed. All of them feel this is just like a prank or junk mail sent by spammers. But things will drastically change when one person is murdered. After some time second murder will occur and this time things going to be clear this is the list of names that will be murdered one by one in the coming days. After this remaining people think about who will be next. One person who is an FBI agent starts an investigation and works on a plot that is related to a list of persons and motives behind murders. FBI agent is also on the hit list. After this, you should read we do not ruin the fun of other readers. Just check out and finds the plot of these murders.

Mystery and thriller books are always a great way to escape reality and enter a new world. The mystery and thriller books of 2022 offer readers an exciting journey to embark upon that will keep them on the edge of their seats. With so many fantastic reads, it’s hard to decide which ones you should pick up in 2023. But we hope our list of must-read mystery thrillers offers something for everyone, whether they’re looking for a gripping story or just some pure entertainment. So don’t miss out – grab your favorite pick today! 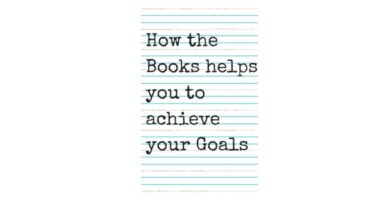 How the Books helps you to achieve your Goals? 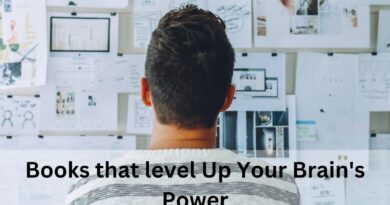 These 3 books Definitely level Up Your Brain’s Power

Are you ready for some ghostly chills this month? Grady Hendrix’s new novel “How to Sell a Haunted House” is